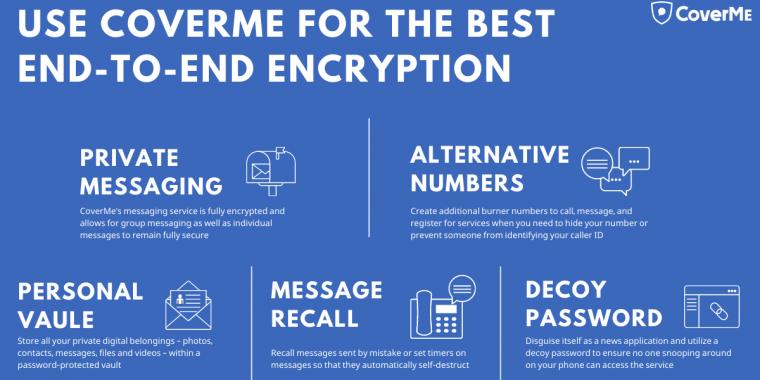 In the last couple of years, the phrase “end-to-end encryption” has been appearing more often around the Internet and in the news. What exactly does it mean and how safe is it really?

End-to-end encryption is a method of secure communication that prevents third-parties from accessing data while it’s transferred from one device to another. In end-to-end encryption, the data is encrypted on the sender’s device and only the recipient is able to decrypt it. Nobody in between, whether they are the Internet service provider, application service provider or hacker,  can read it or tamper with it. The cryptographic keys used to encrypt and decrypt the messages are stored exclusively on the sender and receiver’s devices.

How Does End-to-End Encryption Work?

It prevents potential eavesdroppers – including telecom providers, Internet providers, and even the provider of the communication service – from being able to access the cryptographic keys needed to decrypt the conversation. The systems are designed to defeat any attempts at surveillance or tampering because no third parties can decipher the data being communicated or stored. For example, companies that use end-to-end encryption are unable to hand over texts of their customers’ messages to the authorities.

Which App is the Best End-to-end Encryption Messenger?

WhatsApp is one of the first chat apps that enabled and implemented end-to-end encryption for more secure communication. It is owned by Facebook. In January 7, 2021, Facebook updated its privacy policy and changed data-sharing practices for WhatsApp. The updated policy states that “WhatsApp receives information from, and shares information with, the other Facebook Companies.

Signal is known as one of the most secure messaging apps on the market. It is open-source and has been recommended for privacy and security by US government surveillance whistle-blower Edward Snowden and Tesla CEO Elon Musk.

CoverMe is an ultimate secure messaging app using end-to-end encryption for private calling, private messaging and safe sharing. It keeps your personal contacts, call logs and messages to yourself and hide sensitive photos & videos, documents, notes, diary, passwords from prying eyes. With high-level encryption, it is hard for others to intercept your calls and messages.

CoverMe does not support log-in from multiple devices, removing the possibility for the kind of user authentication texts that allowed breaking-into Telegram accounts. User data is never saved on CoverMe’s servers, removing the risk of hackers breaking into our servers and accessing user data.

CoverMe has effective intruder alarm notifications to alert you when someone has tried to break-into your account. When someone enters the wrong password to try to enter CoverMe, your phone’s front facing camera will take a picture of the intruder. The photo, time of break-in and even the GPS location of the break-in will be saved in a file for you to check later.

As you can see, not all end-to-end encryption apps are built the same. CoverMe has been carefully designed by security experts to be safe, reliable and protective of your personal data.